At six – discussing the big stories in Bristol, Britain and around the world
After seven – straight talking and investigative reports

BCfm audio files usually available 1hr, Radio4All 3-4hrs, after TX
Any probs mp3s should be on alternative links below by then

Tim Gopsill, discusses Culture Media and Sport (DCMS) minister 2010-2012 Jeremy Hunt’s track record as Media and Culture Secretary, where he helped Murdoch and Sky have more powers, and his track record as Health Secretary, including the Junior Doctor’s strike; Assange’s extradition to US; is Brexit happening on 31st? 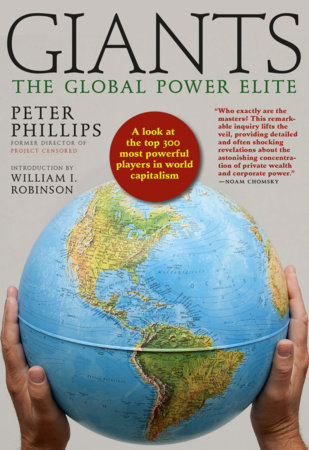 Second hour Investigative reports: G20 in Japan:   talks between Xi and Trump on trade – will China dump US debt and could trade wars lead to WW3?;  Michael Hudson, from Chase Manhattan Bank, on ‘Guns and Butter’ show – IMF protecting the 1% and using debt as a military force;  author of ‘Giants: the Global Power Elite’, Peter Phillips, talks about ‘The Council of 30’  being more important than Bilderberg – he discusses these people and their power over world collapse from war or the environment – Universal Deal of Human Rights. There is a new global elite at the controls of our economic future, and here former Project Censored director and media monitoring sociologist Peter Phillips unveils for the general reader just who these players are. The book includes such power players as Mark Zuckerberg, Bill Gates, Jeff Bezos, Jamie Dimon, and Warren Buffett. As the number of men with as much wealth as half the world fell from sixty-two to just eight between January 2016 and January 2017, according to Oxfam International, fewer than 200 super-connected asset managers at only 17 asset management firms each with well over a trillion dollars in assets under management now represent the financial core of the world’s transnational capitalist class. Members of the global power elite are the management “the facilitors” of world capitalism.

ITV On Assignment – microchips put in hands REBECCA BARRY in SWEDEN – Carrying credit cards, Oyster cards – even your house keys or ID – will soon become a thing of the past if bio-hackers get their way. About 4,000 people in Sweden have already been ‘chipped’ and some organisations say implants could be on their way to the UK. Rebecca Barry attends an ‘implant party’, where the biohacking-curious gather and the committed are then chipped with the latest flashing implant. Is this the beginning of a bright future, asks Rebecca, where chips will one day be able to diagnose and foresee health problems? Or is it a way to keep an ever-closer eye on human movements?

Vaccines:  power of the Pharmaceuticals;  PMQs Jacob Rees Mogg – NICE not prescribing drugs – cuts;  vaccines mandatory in US – and now for religious types too: New York ends religious exemption to vaccine mandate for schoolchildren. State lawmakers vote to repeal exemption amid country’s worst measles outbreak in decades; European vaccine distrust is putting the most vulnerable at risk: European vaccine distrust is putting the most vulnerable at risk – The Wellcome Global Monitor report has revealed that Europeans increasingly distrust vaccines, with just 59 per cent of people in western Europe and 50 per cent in eastern Europe saying they think vaccines are safe, compared to 79 per cent globally (The Guardian). This correlates with WHO figures showing worrying increases in measles cases in countries such as France, where vaccine distrust is at 33 per cent.
https://www.wired.co.uk/article/wired-awake-190619 ; Andrew Wakefield discusses the measles vaccine and natural herd immunity from having the illness.
Radio4All download pages
BCfm audio file
Radio4All audio file

Beginning his working life in the aviation industry and trained by the BBC, Tony Gosling is a British land rights activist, historian & investigative radio journalist. Over the last 20 years he has been exposing the secret power of the Bank for International Settlements (BIS) and élite Bilderberg Conferences where the dark forces of corporations, media, banks and royalty conspire to accumulate wealth and power through extortion and war. Tony has spent much of his life too advocating solutions which heal the wealth divide, such as free housing for all and a press which reflects the concerns of ordinary people rather than attempting to lead opinion, sensationalise or dumb-down. Tony tweets at @TonyGosling. Tune in to his Friday politics show at BCfm here http://www.thisweek.org.uk

This site uses Akismet to reduce spam. Learn how your comment data is processed.