Tony’s new paperback and three eBooks Traitors Of Arnhem, Siege Of Heaven; Siege Of Heaven Reader available for donation or to buy via www.bilderberg.org

BCfm’s weekly Politics Show presented by Tony Gosling with Irish Republican Labour activist Martin Summers was forced off FM, now online only. ‘Rested due to the pandemic’ on 24 March 2020 by BCfm charity ‘CEO’ Pat Hart who is a longtime personal friend of the right-wing ‘Labour’ Bristol mayor Marvin Rees. This Internet only NOT The BCfm Politics Show is now available 17:00-c. 20:00 live on Fridays. Pat Hart has replaced us with a dumbed-down student show repeating msm stories called The Bristol Agenda. If you’d like to share your views on such editorial behaviour you can contact the BCfm board chair and manager here.

Radio4All audio files usually available 2-4hrs, after TX – we’ll credit you if you rebroadcast
Any probs mp3s should be on alternative links below by then

Dr. Peter Mc Cullough gives 5 ways in which Covid could be dealt with better, how Covid vaccine deaths and injury are unusually high, and how those who have had the virus have the best immunity.

Dave Cullen, from Computing Forever channel, about strict lockdowns in Australia. 20th Anniversary of 9/11 attacks on New York: the main issues that flagged up a conspiracy;

David Chandler on Talk Radio show about the planting of explosives in the towers.

John Bosnitch on Saif Gadaffi, 9/11, and Freemasons running the world.

BBC lied in radio documentary about Gouta chemical weapons attack in Syria, but only admitted it because the complaint was submitted by Mail on Sunday columnist Peter Hitchens

Prince Charles takes ‘a gift’ from a Saudi tycoon and gets him a British passport and a CBE.The pressure group Republic has contacted Scotland Yard and reported both future king Charles and his former royal valet Michael Fawcett on suspicion of breaching the Honours (Prevention of Abuses) Act 1925.

History of Polish Communism and land redistribution and what happened after Communism. Brancaster Parish Meeting, Norfolk, where the Commoners argue with the Chair of the meeting – Linda Beamish who was at the meeting reports. 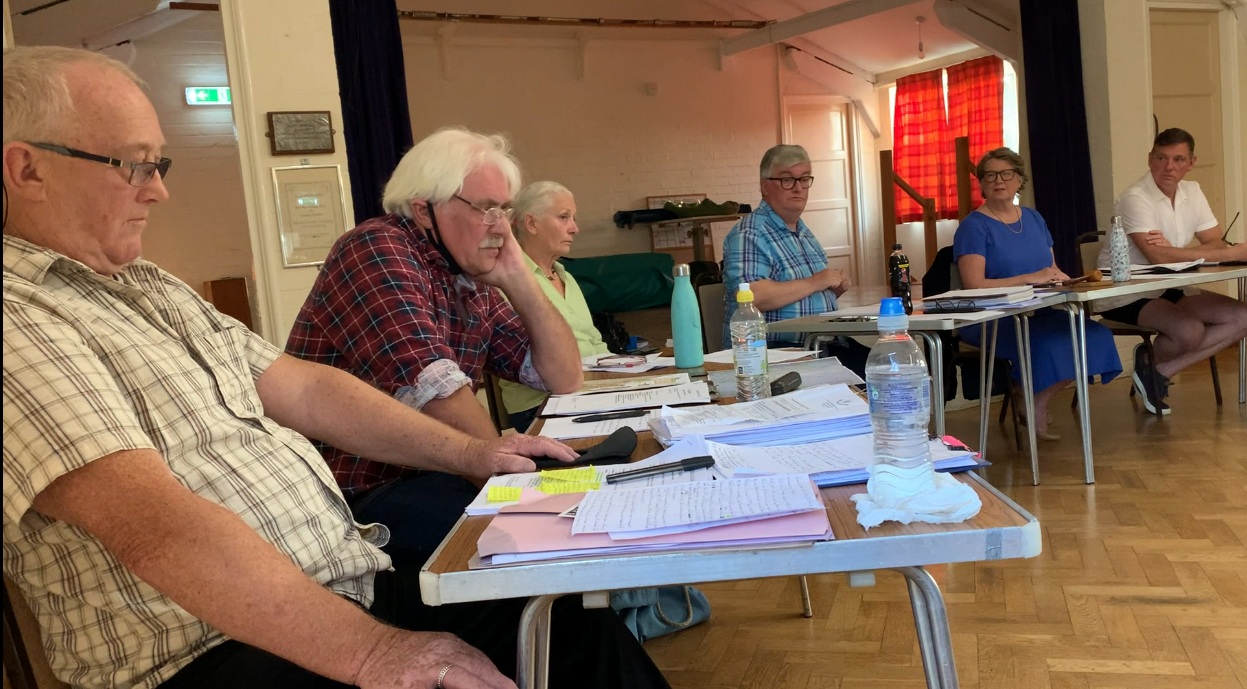 ‘You’re a disgrace to the village!’ Brancaster Council chair Briony Bax slammed after passing motion of no confidence in two of her own councillors – A West Norfolk parish council has been branded “a disgrace” after it passed a motion of no confidence in two of its own members. The authority in Brancaster acted against Stephen Bocking and Chris Cotton at a meeting last night in response to their alleged involvement in what was described as an “unlawful campout protest.” But Mr Cotton challenged his colleagues to “prove it”, while Mr Bocking insisted they were standing up for the rights of parishioners. And they were backed by speakers during the public session of the meeting at a packed Brancaster Staithe village hall. One, Peter Bickell, said: “What you have done here tonight is a total disgrace. You are a disgrace to the village. “Them two people do more work in this village than any of you lot. You do nothing but yap.” Another said he was “heartbroken” by what he had witnessed.

Is George Monbiot’s wife Rebecca Wrigley‘s ‘Rewilding’ project really a secret ‘environmentalists’ ruse with Natural England, DEFRA and other government agencies to depopulate the UK countryside? – in North Norfolk – and mid-Wales – Natural England threatens to sacrifice Dartmoor’s farmers – The Okehampton farmers who first brought this new ruling to light keep sheep on the common. They said: “With taking the sheep away, a lot of gorse and other shrubs will grow up. It won’t just be the farmers that will suffer when the common becomes overgrown, the public will too, that’s why we think the public should be made aware of this.” Another farmer who runs a flock of Scotch Blackface sheep in the area said he had requested a meeting with Natural England, who declined, and also further declined the compromise put to them of reducing the number of sheep by half rather than removing them all. Natural England refused to concede, responding that they wanted numbers reduced ‘close to zero’. When the Natural England Team Leader for South Devon and Dartmoor, Eamon Crowe, was contacted for comment, he at first denied that his organisation had in place any schemes that would remove sheep from Dartmoor. It was pointed out to him that a member of his staff had indeed contacted the secretary of Okehampton Commoners Association with a letter that was to be distributed to farmers in the area, clearly stating that: ‘I think there needs to be a very significant reduction in numbers over this period with sheep numbers being brought down to as close to zero as possible for this period for the remainder of the HLS agreement’. To this, Mr Crowe responded that the correspondence was supposed to be private. The Moorlander attempted to get further comment from Mr Crowe but we were simply referred back to the press statement as printed above. 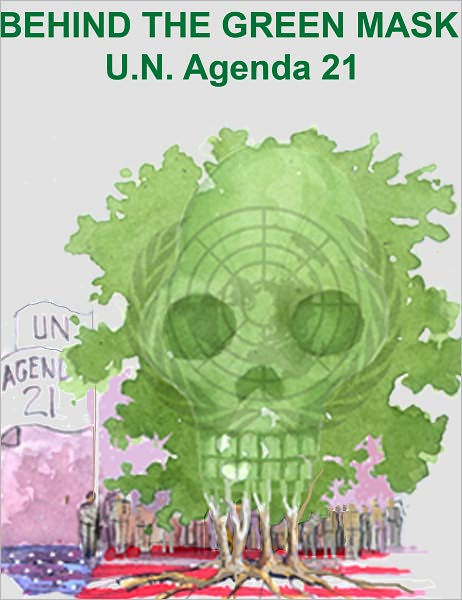 Behind the Green Mask – by Rosa Koire Rosa Koire, is the executive director of the Post Sustainability Institute. She is a forensic commercial real estate appraiser specialising in eminent domain valuation. Her nearly 30 years of experience analysing land use and property value enabled her to recognise the planning revolution sweeping the country. While fighting to stop a huge redevelopment project in her city she researched the corporate, political, and financial interests behind it and found UN Agenda 21. Impacting every aspect of our lives, UN Agenda 21/Sustainable Development is a corporate manipulation using the Green Mask of environmental concern to forward a globalist plan. Rosa Koire: Behind the Green Mask – Interview on Guns & Butter, with Bonnie Faulkner – “Behind the Green Mask” with Rosa Koire, Wednesday, February 3rd, 9AM Eastern, 99.5FM, live streamed @WBAI – www.gunsandbutter.org – Rosa Koire’s journey from local land use activism to her discovery of UN Agenda 21, a global incremental plan implemented locally; the International Council of Local Environmental Issues, or ICLEI, to de-industrialize the world; regionalization and the destruction of boundaries; transit villages and food sheds; SMART stands for sustainability, monitoring, assessing, rating and tracking; mixed-use high-density urban development; civil liberties restricted under the guise of environmental concerns; powers behind Agenda 21 committed to “sustainable” goals; mega-corporate model; mega-regions driving the economy and overpowering the nation state; Bruntland Commission; islands of human habitation; Wildlands Project; American standard of living being taken down; restrictions on rural property and farm lands; economic collapse; austerity and scarcity; technology the enabler of U.N. Agenda 21.

Helen Steel on how she went out with an undercover cop for two years and how it affected her.

Manfred Petritsch, of ‘All Smoke and Mirrors’ blog, dies – him back in April discussing the ‘Great Corona Lie’, or ‘A Global Fascist Coup’ as he called it, and how environmental issues and the Bilderbergers are involved.

Tim Cohen, author of ‘The Anti-Christ and a Cup of Tea’, discusses why he thinks Prince Charles is the Anti-Christ.

Lauren Witzky on ‘the beast system’ being implemented around the world and why she thinks the Covid vaccines aren’t the ‘mark of the beast’ as mentioned in the Bible. Tim Cohen on why he believes Prince Charles is the antichrist of Revelation through multiple proofs such as number of his name, lineage, coat of arms etc. and that he believes the battle of Armageddon will be over by 2022, in a decades time – also discusses the 9/11 20th anniversary and the Covid plandemic.

Beginning his working life in the aviation industry and trained by the BBC, Tony Gosling is a British land rights activist, historian & investigative radio journalist. Over the last 20 years he has been exposing the secret power of the Bank for International Settlements (BIS) and élite Bilderberg Conferences where the dark forces of corporations, media, banks and royalty conspire to accumulate wealth and power through extortion and war. Tony has spent much of his life too advocating solutions which heal the wealth divide, such as free housing for all and a press which reflects the concerns of ordinary people rather than attempting to lead opinion, sensationalise or dumb-down. Tony tweets at @TonyGosling. Tune in to his Friday politics show at BCfm here http://www.thisweek.org.uk

This site uses Akismet to reduce spam. Learn how your comment data is processed.